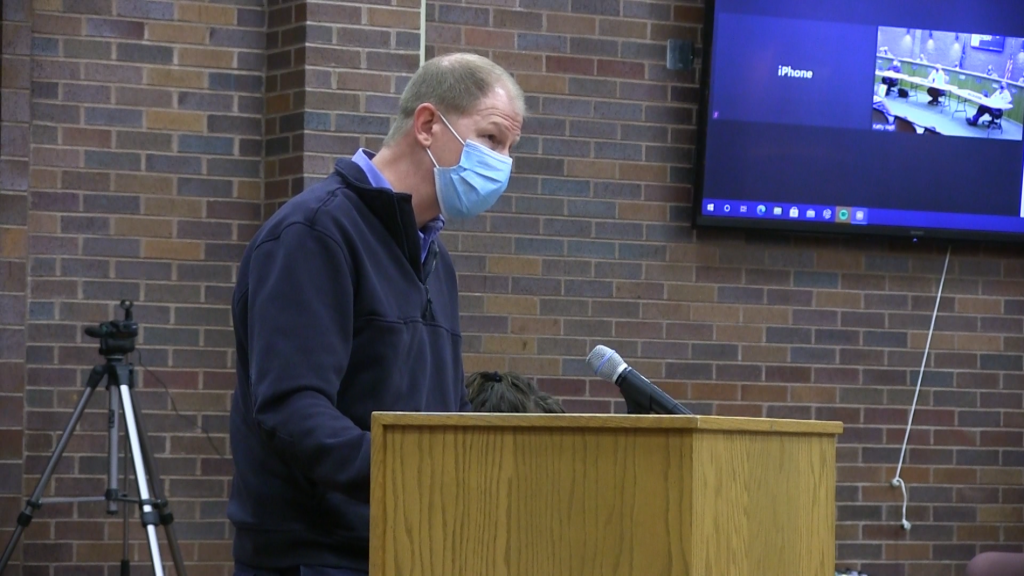 Gering Fire Chief Nathan Flowers this week told the City Council the virus pandemic had an impact on his department’s operations last year, much of which was mirrored across the country.

At Monday’s council meeting, Flowers delivered the department’s annual report, and said 2020 was a record-breaking year, with overall service calls up 11 percent, and an overlap of one or more calls of eight percent.

Flowers said there was a substantial increase in fire calls affecting $9.7 million in property with $618,000 in losses, which was more than the typical year. “In total we ran 76 total fires, which was 10 percent of our total incidents, 65 percent of our response related to EMS, and then 25 percent that was other various department-related stuff,” said Flowers. “We averaged about 11 personnel per call, and you can see July was our busiest month.”

Flowers said the pandemic had a somewhat different impact on EMS calls, which were down quite a bit during July last year, but then increased substantially in November and December during a surge of cases in the community and the region.