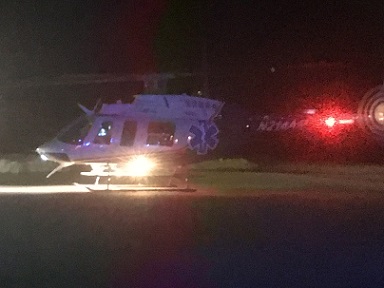 On Friday night just before the 8:00 p.m. the Stanton County Sheriff’s office received a 911 call of a stabbing at the west city park in Stanton. Within a minute the 12 year old female victim was located by the Sheriff and two deputies suffering from five stab wounds to her back and arm. She was stabilized by EMS at the scene and then flown directly from the scene by medical helicopter to Mercy One medical center in Sioux City. A 12 year old female was also taken into custody several blocks from the park and was arrested on charges of First Degree Assault and Use of a Weapon to Commit a Felony. The suspect was not placed in the Madison Juvenile Detention Center due to an outrageous state statute that does not allow those age 12 and under to be locked in detention for any reason. She was then placed in protective custody and transported to a Lincoln hospital for a mental health evaluation.