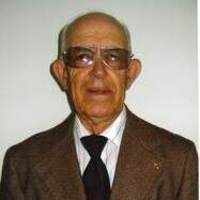 -
Fred Howard age 89 of Sargent, passed away surrounded by his loving wife and kids on April 30, 2021. A time to sign the register book will be available Tuesday, May 4, 2021 from 1:00 to 4:00 pm at the United Methodist Church in Sargent, NE. Inurnment will be at a later date in the Madison Square Cemetery in Taylor, NE. Memorials are suggested to the Sargent United Methodist Church or the Donor’s Choice, Memorial can be mailed to Darlene Howard at 81541 Road 453 Sargent, NE 68874. Govier Brothers Mortuary are assisting the family. An online guest book may be signed at www.govierbrothers.com.

Fred was born December 29, 1931 to Edward and Wilma (Loghry) Howard in Loup County, Nebraska.  He attended grade school at Lookout District 26 and graduated from Taylor High School in 1949.Fred was drafted into the Army in February 1952 and spent eighteen months in Germany.  He was honorably discharged in February 1954.

On June 9, 1956, Fred married Darlene Nelson, the love of his life. They spent the first seven years in Loup County and in May 1963, they moved to their present home West of Sargent. Fred was a farmer and employed at Koupal and Barstow Lumber.  Later, he also did carpentry work.

Fred enjoyed being with family, gardening, and playing cards at Senior Citizens and Fun Night, always making the coffee.  During Fred’s battle with cancer, he enjoyed reading many books.