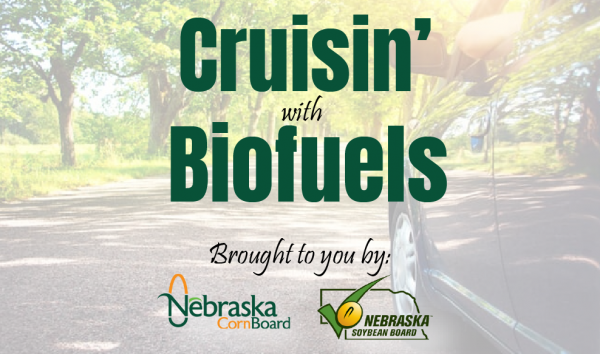 Roger Berry with the with the Nebraska Ethanol Board talks about the benefits of ethanol to drivers, boaters & sports enthusiasts.

Don Scott with the National BioDiesel Board shares about the environmental benefits of fueling up with biodiesel.

Brian Jennings with the American Coalition for Ethanol talks about the rebound in the industry while one state pushes the envelope on the use of ethanol.

Greg Anderson serves as the at-large representative on the Nebraska Soybean Board, and he shares how Nebraska soybean farmers contribute to the nation’s biodiesel industry.

Greg Anderson serves as the at-large representative on the Nebraska Soybean Board, and he shares about the economic impact that biodiesel has on the state’s soybean producers.

Learning more about the marketing of the ethanol industry & the effects on agriculture with Jeff Peterson of Heartland Farm Partners.