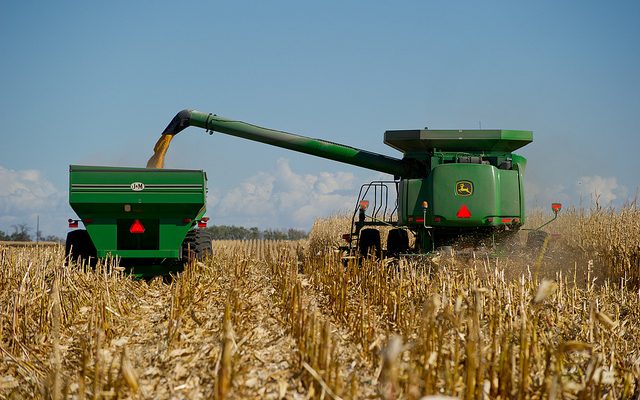 DuPont Pioneer has collected data on corn plant population responses and yield gains to provide better information on hybrids. From 1987 to 2015, nearly 200,000 yield and plant population data points were collected from more than 40 locations throughout North America. In collaboration with Pioneer, the data was analyzed by Ignacio A. Ciampitti, an associate professor in crop production and cropping systems at Kansas State University, and his team. Recently, the study was published in Scientific Reports and recognized for its discovery of trends in optimum plant density and yield gains.

“It used to be that we were primarily achieving yield gains by improving the plant density tolerance, but there is evidence from this and other recent studies that we are seeing yield per plant increasing,” said Paul Carter, DuPont Pioneer agronomy manager.

“This indicates that modern hybrids not only need more plants in order to push for higher yields, but also they are showing a stability that the old hybrids did not. For farmers, that means they have some leverage,” Ciampitti said. “It’s really unique to have this amount of data, from multiple sites, across that many years in order to track plant density and its relationship to corn yields.”

“This data shows that yield gains might be due to increased planting density, but also that yield per plant might have increased,” said Stephen Smith, affiliate professor of agronomy, Iowa State University and retired research fellow at DuPont Pioneer. “If this is the case, then breeders will have found a level and class of genetic response that has mostly remained hidden. Additional studies will be needed to determine if there are additional genetic mechanisms at work contributing to yield. Hopefully, there are breeders who will be able to identify at least some of those and further increase that genetic contribution to yield gains.”

Read more about the study online.