Administrator Wheeler told Agri-Talk earlier this week, “The refiners appealed that to the Supreme Court; we’re waiting to see if they take it up, and what they do with that.”

Earlier this year, an appeals court ruled the EPA could not grant waivers for refiners whose previous wavers have lapsed. The oil industry is appealing the ruling. Wheeler adds, “I think it would be inappropriate for me to either grant or deny them until that litigation has completely run its course.”

The EPA is also considering an additional 17 gap-year waiver requests that are expected to be denied. In September, the EPA denied 54 gap year waivers.

The Renewable Fuels Association at the time called the requests a “bizarre attempt” by the oil industry to circumvent the appeals court ruling. 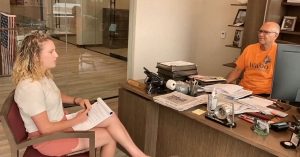