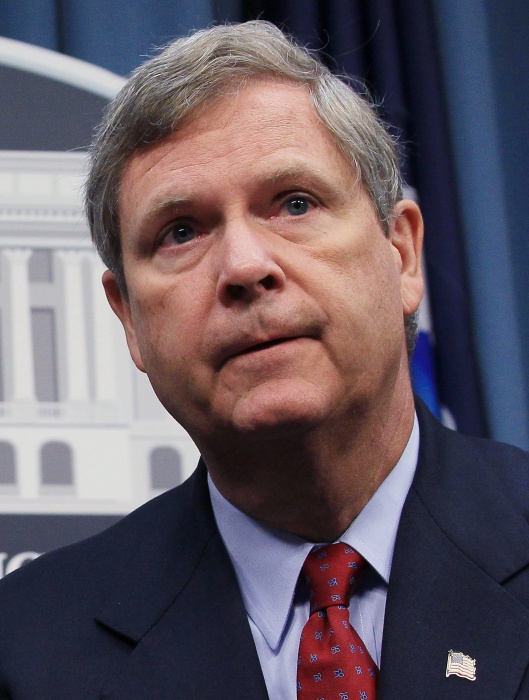 WASHINGTON (DTN) — Agriculture Secretary Tom Vilsack declined Thursday to say that the Obama administration will totally back efforts in Congress to avoid any cuts to crop insurance.

On a call to reporters on another issue, Vilsack told DTN, “As far as the budget is concerned, we will obviously continue to work with the budget process to ensure that whatever reductions are required are thoughtful and well thought out. There are ways in which the crop insurance program can be reformed and improved while also saving money.”

A spokeswoman for the House Agriculture Committee provided some answers to DTN about the budget cuts, stating effectively that the crop-insurance cuts would be “fully reversed in the omnibus” spending bill Congress will need to vote on sometime before mid-December.

Also, the House leadership has committed that the $3 billion in cuts now projected to come out of crop insurance would not come from agriculture. Those cuts would come from somewhere else in the federal budget. “Very simply: they will reverse the policy and need to look elsewhere in the trillion-dollar budget to find offsets. Agriculture has already done its part, and they have committed to not opening up the farm bill for savings,” the spokeswoman stated in an email.

On the Senate side, Sen. Pat Roberts, R-Kan., chairman of the Agriculture Committee, and Sen. Debbie Stabenow, D-Mich., the committee ranking member, announced they too would be looking for a bipartisan solution in the Senate.

“I am pleased House and Senate leadership have listened to our concerns and have agreed to restore funds to crop insurance,” Roberts said. “I have worked my entire career to build crop insurance as a public-private partnership that best protects producers and taxpayers. With this agreement today, the Bipartisan Budget Act has my support, and I look forward to working with Ranking Member Stabenow to ensure crop insurance, the number-one priority of farmers across the nation, remains their best protection.”

Stabenow also said she would support the budget act “because I think it is critical that we pass a bipartisan budget agreement that works for all Americans and avoids a default on our national commitments. However, I oppose any efforts to cut or reopen Farm Bill programs,” Stabenow said. “The proposed changes to crop insurance in the budget agreement undermine a critical tool used by our farmers and ranchers. That’s why I am committed to working in a bipartisan way with Chairman Roberts to find a solution that keeps the Farm Bill intact and provides the certainty our farmers and ranchers depend on through crop insurance.”

“The commitment we have reached is to reverse these damaging cuts and policy changes to the crop insurance program in order to protect our producers’ primary risk management tool and their number-one priority,” Roberts said. “The legislative action, or fix, will take place in consideration of the year-end spending bill.”

McConnell thanked Roberts and said, “I have discussed with the chairman his concerns about the fiscal agreement’s crop insurance provisions and their impact on farmers — concerns that are shared by our counterparts in the House of Representatives.”

“I also have concerns about what the changes to the crop insurance program will mean for the farmers of Kentucky, several of whom I’ve heard from over the past two days,” McConnell said.

Cornyn added, “Texas farmers and ranchers are no stranger to the perils caused by drought and other weather-related events beyond their control, and with the current regulatory environment and unforeseen perils they face, I understand the necessity and viability of the crop insurance program to their livelihoods. I too stand in support of working with my colleagues to find a solution to this problem.”

Thune said crop losses due to drought, wind, hail and excessive moisture provide the greatest challenges to economic survival and sustainability in production agriculture. Crop insurance provides the only viable risk-management tool to meet these challenges.

“It is imperative that we preserve crop insurance and maintain its viability,” Thune said. “I support the agreement discussed on the floor today, and I will work with the leader, chairman, and my Senate colleagues to find a reasonable alternative to unworkable cuts to crop insurance found in Section 201 of the Bipartisan Budget Act.”

Stabenow said at The Atlantic magazine Food Summit on Thursday that the 2014 farm bill had moved from subsidies to risk management and created savings.

“We thought we gave at the office,” Stabenow said. “This agreement went back in and took $3 billion out of an important risk-management program, crop insurance. From our perspective, we believe that money should not be taken out of that program.”