U.S. Meat Export Federation (USMEF) members gathered in Kansas City for the USMEF Spring Conference and Board of Directors Meeting, with recent trade developments lending an optimistic tone to the event. In his address to the USMEF membership, President and CEO Dan Halstrom reported on Mexico’s removal of retaliatory duties on U.S. pork, Canada’s elimination of a 10% duty on prepared beef products and Japan’s lifting of longstanding restrictions on U.S. beef exports.

Tim Scheer represents the 5th District for the Ne Corn Board-working with livestock is why you will find grain representatives at USMEF :

Nebraskan and past chair of the USMEF Mark Jagels 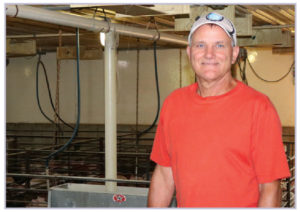