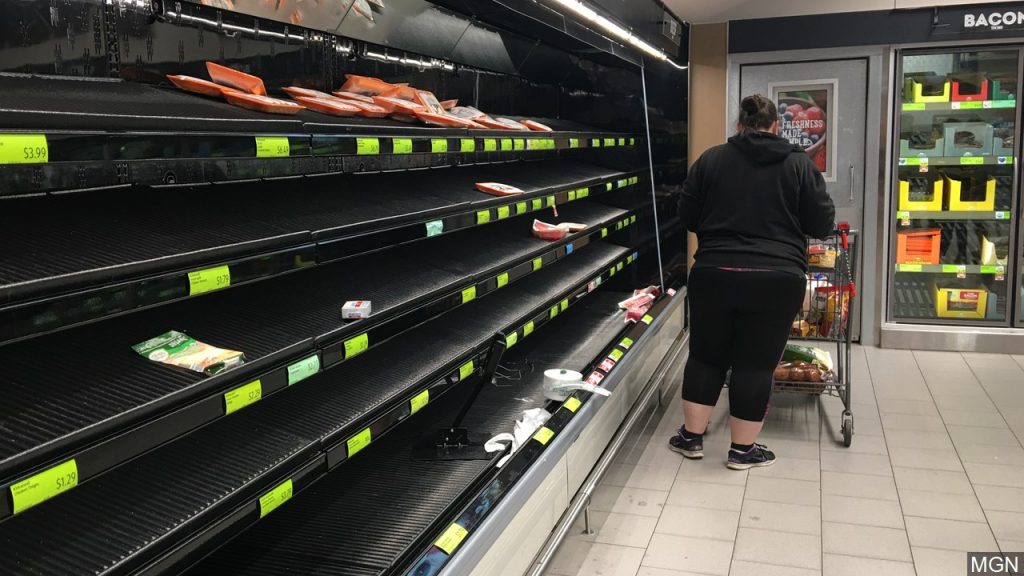 Grocery store shelves will soon be restocked with meat products in “another week or so.” Politico says that announcement comes from Tyson Foods CEO Noel White after a recent surge in demand for meat products. The U.S. has ample food supplies for those staying home under “social distancing” policies.

White says Tyson has made changes to its processing facilities to increase supplies for grocery stores instead of restaurants. “Once we are able to replenish supplies, which is probably going to take another week or so, then I think we’ll be back in better equilibrium between supply and demand,” White says. Grocery stores’ meat orders were significantly higher than usual through last week after demand began to shift away from restaurants. Slaughterhouses are running at maximum capacity, even on weekends.

The North American Meat Institute, which represents major meat packers, says the industry is taking steps to keep operations running at normal or increased capacity. Companies are also enhancing benefits like paid sick leave and access to health care to treat or detect the virus. Some of the enhancements include waiving copays or deductibles.