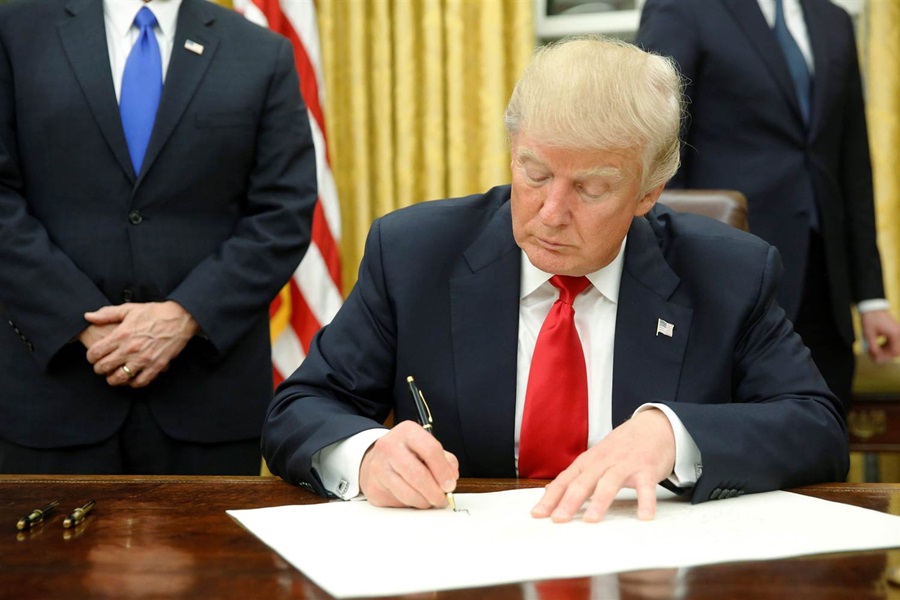 President Donald Trump says he’ll sign the first phase of a trade deal with China at the White House on Jan. 15.

Trump said Tuesday on Twitter that he’ll then travel to Beijing at a later date for talks aimed at reaching agreement on outstanding sticking points in the U.S.-China trade relationship.

In the deal reached earlier in December, the U.S. agreed to reduce tariffs on China and China agreed to buy larger quantities of U.S. farm products, such as soybeans.

The agreement is smaller than the comprehensive deal Trump had hoped for and leaves many of the thorniest issues for future talks.