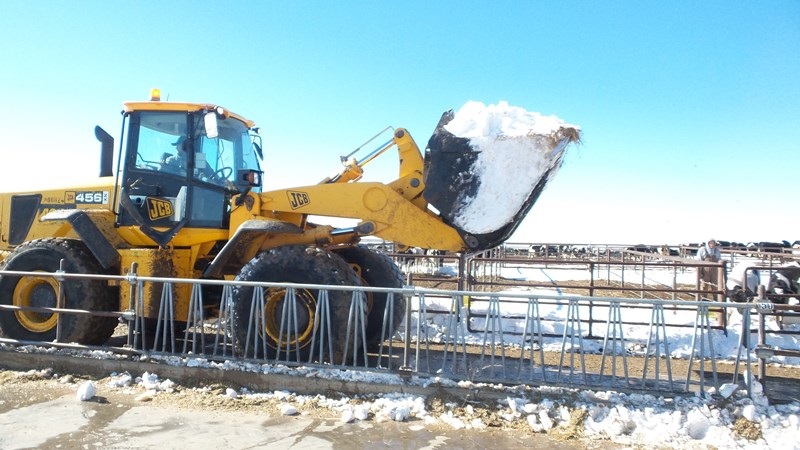 The Texas Association of Dairymen says it expects a five percent loss of cattle where the state was hardest hit by winter storm Goliath.

The impact of the blizzard will be felt well into the future, according to the association’s executive director Darren Turley. That impact includes a reduction in the state’s milk supply to dairy financial losses to the emotional impact on farmers of losing their animals.

The primary impact area, west of Lubbock, includes half of the state’s top producing dairy counties and is home to more than 140,000 dairy cattle. He says “the immediate challenge is how to handle these sudden, massive losses of animals.”

The Texas Association of Dairymen is working with the Texas Commission on Environmental Quality and other agencies to determine how the animals can be disposed of both quickly and safely.

The storm resulted in the loss of “hundreds of loads of milk” that were ready to be processed and many milk-producing cows weren’t milked daily, according to Turley, executive director of the Texas Association of Dairymen.

“When a dairy cow goes that long without being milked, her milk supply starts to dry up,” Turley said in a statement. “That means the dairy cows in this region will give less milk for months to come. Less milk going to market will be felt by consumers, as well as by dairy farmers.”

Half of the state’s biggest milk producing counties are located in the region that was affected by the storm. Since thousands of the region’s mature cows died in the storm, further strain will be placed on the state’s future milk supply.

Turley said farmers are now struggling to dispose of the dead animals and deal with lost profits.

The association is working to help these farmers secure financial assistance from the government.