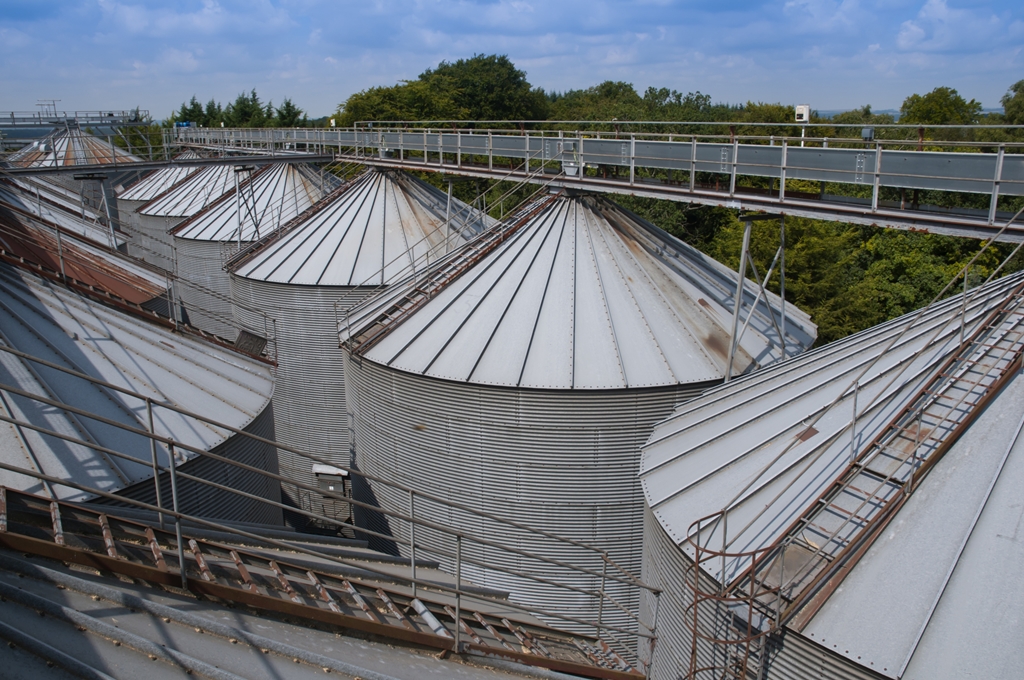 OMAHA (DTN) — With the arrival of spring — and warmer weather — farmers should pay extra attention to their stored grain to maintain its quality, experts say.

Improperly stored grain can lead to quality issues as temperatures rise. Implementing simple management practices can lessen some of those concerns.

“I recommend checking corn that is 15% (moisture) or more on a weekly basis and corn that has been dried down below 15% on an every-other-week basis,” Stutzman said.

There are many tools at different technology levels available to farmers to help manage grain once it is in the bin, he said.

On one end of the scale, there are simple temperature-sensing cables that are hung in the grain mass, Stutzman said. These allow farmers to monitor the condition of the grain with a handheld unit.

On the more advanced side, there are fully automated systems that sense the temperature and moisture of the grain. These systems utilize automated control systems to operate fans to maintain the grain and even alert growers of potential problems, he said.

Joel Grams, a Minden, Nebraska, farmer, stores grain in several different structures, including grain bins, flat storage and even a concrete elevator. In his bins with drying floors, the central Nebraska farmer has monitoring systems so he can keep an eye on stored grain.

Grain stored in flat storage, however, doesn’t have monitoring systems. The grain he stores there he watches closely and moves to town first, he said.

“I did have some corn in a flat-storage building that was starting to crust up a bit, so we delivered it to fill some contracts,” Grams said. “The flat storage doesn’t get the air through it as well as a drying floor.”

Farmers need to be cognizant of the moisture, temperature and condition of the grain in their bins this time of year as air temperatures begin to rise. Higher-moisture stored grain has a shorter shelf life. For every 10 degrees of temperature rise, the shelf life of the grain is cut in half.

“With the temperature spikes lately, grain that has not been dried completely at the top of the bin can warm up and spoil,” Stutzman said. “The more you dry and cool grain, the more shelf life you can get out of it.”

Stutzman recommends growers should dry their corn to 14% moisture for storage longer than six months, as this window gives farmers the best chance to successfully store grain with little to no degradation in quality.

Farmers with grain bin storage are encouraged to core (unload a portion of the grain from the bin) within a week or two of loading it or use a gravity grain spreader that spreads fines and loads the grain level, Stutzman said. When fans are started in bins, the air follows the path of least resistance. Fine particles and foreign matter that are concentrated near the center 10 feet of the grain mass will block the flow of air, which decreases a grower’s chances of controlling moisture and temperature, he said.

Fairfield, Illinois, farmer Matt Rush said he keeps a close eye on stored grain during the winter months. The mild weather this winter on his south-central Illinois farm has pushed him to monitor the condition of grain even more. Along with watching the quality of his stored grain, he made sure the grain’s moisture level was at a low enough level that allowed to store it for several months.

“We had a pretty good fall weather-wise, and most of the grain was fairly dry as it came out of the fields, but we did make sure everything we stored was under 15% moisture,” Rush said.

Rush said he had grain contracts to fill throughout the winter months, so he pulled grain from all of his corn bins. By doing this, he took several loads out of each bin, essentially coring each bin so fines and foreign matter found in the middle of bins are removed with the grain, he said.

Stutzman said he recommends farmers try to keep grain within 10 degrees of the average outdoor temperature in their area without freezing the grain or exceeding 50 degrees Fahrenheit. As long as all of the grain is dried and cool, temperature spikes will not affect it, as grain is an excellent insulator, he said.

“Many growers want to freeze grain, which has been a successful method over the years, but there are several reasons not do that, including electrical efficiency and stress cracking the grain,” he said. “Temperature goals should be 35 degrees in winter, 40 degrees in spring and fall and 45 to 50 degrees in summer and this keeps condensation from forming in the grain mass.”

Rush said he did freeze his stored corn, as it was around 10 degrees in the weeks before Christmas. He ran the bin fans those days to freeze his corn.

“This cools the grain down and seems to work well for us,” Rush said.

Farmers need to operate bin fans to equalize air temperature in the bin, Stutzman said. This prevents moisture migration from wetting grain at the top center of the grain mass, which will cause grain to mold and spoil.

Moisture migration is caused by the natural chimney effect of air passing through the grain from bottom to top, he said. Warm air passing through the lower layers picks up moisture and carries it to the top of the bin where it is cooled, causing the air to drop its moisture on grain near the top center of the bin, which often gets moldy and heats up, causing it to spoil.

Other factors that can affect farmers’ ability to maintain grain quality can be size, quantity and location of air vents as well as the fan type and size, he added.