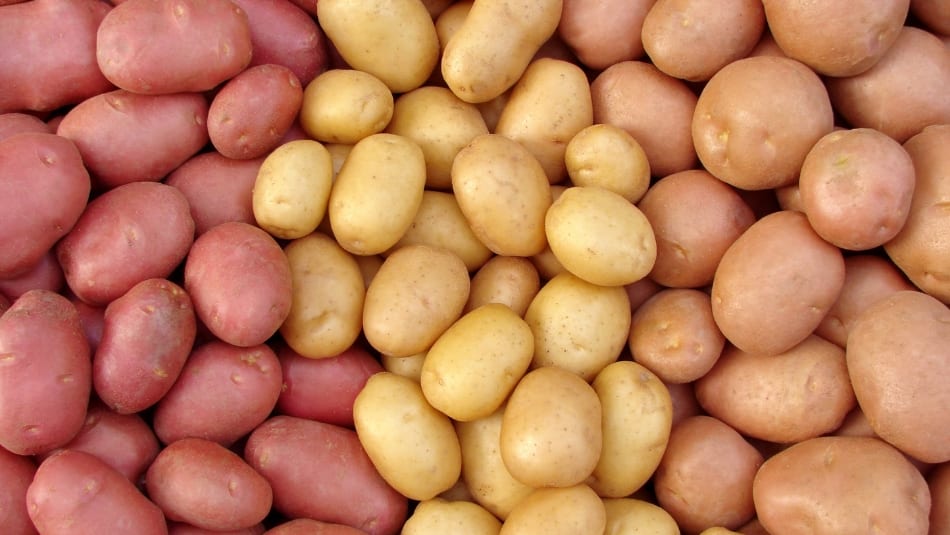 Potato lovers are sure to find this research about spuds appealing.

Chetan Sharma is completing his doctorate in human nutrition at Kansas State University’s Olathe campus under the guidance of Martin Talavera, assistant professor of sensory analysis and consumer behavior. For his dissertation, Sharma is conducting a comprehensive, multiyear project that looks at the sensory aspects of potatoes — one of the world’s largest food crops. He is focusing specifically on the drivers behind what people like about potatoes.

“If someone says that they ‘like’ something, such as coffee or chocolate, we understand it to mean that they found that food enjoyable,” Sharma said. “But for companies that produce foods and products, a consumer saying they ‘like’ something is a vague descriptive term that doesn’t provide insight about what that means and why. This creates a knowledge gap when it comes to making products people want.”

Sharma is working to decode vague concepts, such as “like” and taste, into a common language that helps sensory researchers, potato breeders, restaurants and other food producers better align potato and potato products with consumer expectations and desires.

For the first phase of the project, Sharma worked with universities in Colorado and Oregon to collect 55 potato varieties among the more than 4,000 grown worldwide. Sharma also worked with the Center for Sensory Analysis and Consumer Behavior at Kansas State University’s Manhattan campus to develop a technical language comprised of sensory descriptors. The language, called a lexicon, helps breakdown, standardize and streamline terminology involving the taste, smell, visual appearance, texture and mouthfeel of several potato varieties. Mustardy, cauliflower, beany, earthy, cardboard and metallic are some of the flavor nodes included in the potato lexicon.

Food producers and restaurants can use the lexicon as a reference when selecting potatoes for a food, Sharma said. For example, if mashed potatoes were being made, a potato variety that has a metallic aftertaste can be avoided in favor of a variety that has a smooth finish.

In addition to serving as a guide, the lexicon also establishes a historical record documenting the sensory profile of potatoes in 2019, which may be beneficial to potato breeders, Sharma said. Flavors tend to change as foods are bred throughout the ages and many modern foods have been bred to have a sweeter taste than their counterparts centuries ago.

For the second phase, the 55 varieties were narrowed to 12 based on diversity and dynamic characteristics such as bold flavor, texture and color.

Sharma conducted consumer testing with 100 consumers to evaluate each of the 12 potato varieties on liking, taste, texture, aroma and visual appearance.

Two questionnaire types were used to collect information from participants. One questionnaire asked open-ended questions, letting participants create their own terminology to describe the characteristics of each potato sample. The second type, which was given to a new test audience, presented participants with a predetermined list of descriptor terms and asked them to check all that applied to a sample.

The goal was to benchmark the lexicon, determine which questionnaire provided researchers with the most information and also test consumer perceptions about each of the 12 potato varieties. Additionally, questions looked at whether different consumer segments detected texture, aroma, bitterness and other characteristics differently.

Some of Sharma’s findings include that people prefer the cooked taste versus roasted or raw and a more smooth than dry texture. He also found that color deeply affects perception and opinion.

“People do not like color,” said Sharma, who included varieties of purple and canary yellow potatoes in tests. “Even though these colored potatoes had characteristics that were similar to the more familiar varieties like russet or white, they were disliked because of their color. People reported that they enjoyed them if they closed their eyes, but otherwise they said these colored varieties did not look like potatoes.”

He said this presents companies with the opportunity to advertise the health benefits of these colorful potatoes in an effort to change consumer perception.

Sharma is currently conducting the third phase of the project, which sheds light on what qualities people think about when buying potatoes and how that affects their purchase. He is looking at multiple factors that may influence decision-making, including potato variety, where the potato is grown and whether the potato is organic.

Sharma will present his research this summer for his doctoral dissertation.