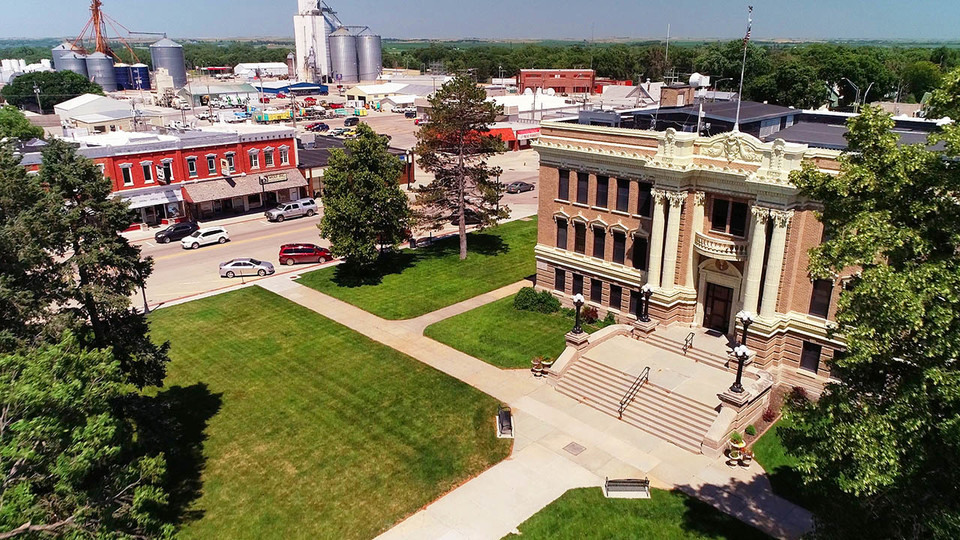 Thirty-five percent of respondents to the 2019 Nebraska Rural Poll have worked with someone or some group to solve a problem in the community where they live during the past 12 months. This is an increase from 29% in 2015. (Craig Chandler/University Communication)

Lincoln, Nebraska — Many rural Nebraskans are active in their communities but are less involved in politics, according to the 2019 Nebraska Rural Poll.

During the past 12 months, 35% of rural Nebraskans surveyed have worked with someone or some group to solve a problem in the community where they live. This is an increase from 29% in 2015.

“The flooding that occurred this year may have contributed to this increase, as Nebraskans rallied to volunteer or help their neighbors and communities,” said Becky Vogt, manager of the Rural Poll — the largest annual poll of rural Nebraskans’ perceptions on quality of life and policy issues.

Most rural Nebraskans surveyed have either worked together with someone or some group to solve a problem in the community, served in a community organization in an unpaid role or signed a written petition about a political or social issue. Almost half have contacted or visited a public official to express their opinion, and the same proportion have bought or boycotted a certain product or service because of the social or political values of the company that provides it.

Twenty-nine percent of those surveyed responded that they have given money to a candidate, political party or organization that supports candidates, with 21% volunteering for a political organization or candidate running for office. Nineteen percent have contacted a newspaper or magazine to express their opinion on an issue. Just 10% have taken part in a protest, march or demonstration, with even less working as canvassers — going door to door for a political or social group or candidate.

Most poll respondents are positive about community leadership. Fifty-seven percent of those surveyed agree or strongly agree that their community’s leaders are effective and do a good job. And although opinions are somewhat mixed on whether they have a leadership crisis in their community today, more disagree with that statement than agree with it.

“People who feel less empowered, or like their efforts won’t make a difference, might also feel less responsible for their community’s leadership,” said L.J. McElravy, associate professor of youth civic leadership at the University of Nebraska–Lincoln. “It’s not clear if there’s anything specific driving these trends, but flooding, national or state politics, and trade disputes might all be impacting respondents’ daily lives, and rural Nebraskans have had little direct control over these aspects of life in Nebraska over the past several months.”

The response rate for this year’s Rural Poll was 28%. The margin of error is plus or minus 2%. Complete results are available at http://ruralpoll.unl.edu.

The university’s Department of Agricultural Economics conducts the poll with funding from Nebraska Extension and the Nebraska Rural Futures Institute.