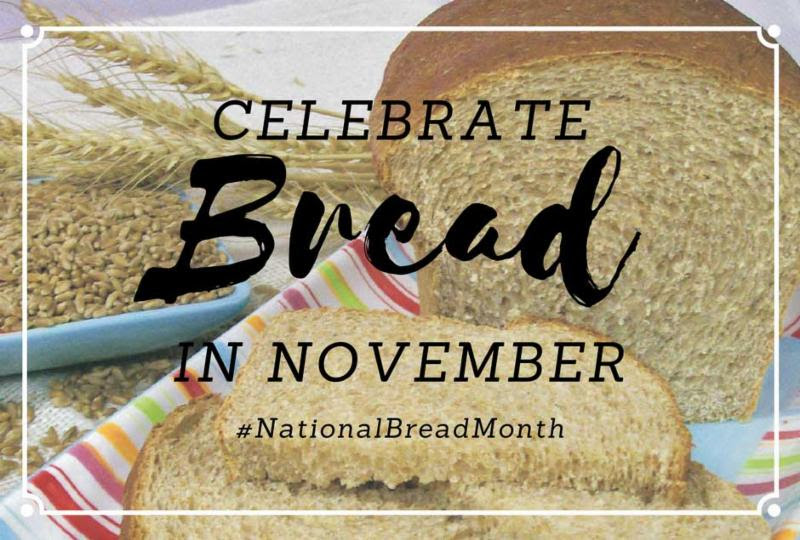 November is a great time for pumpkin spice and everything nice, but it’s also the perfect time to celebrate National Bread Month. In addition to being the nation’s leader in wheat production, Kansas also ranks first in flour milling capacity, both important steps on the road to tasty, homemade bread.

When you’re baking your own warm, toasty loaf made from Kansas wheat, remember that the USDA’s Dietary Guidelines for Americans stress the need to make half your grains whole every day, so be sure to add a little variety in the type of flour you use. A typical loaf of bread contains 16 ounces of flour, which could differ based on recipe and type of flour.

Both whole grain flour and enriched flour are important to maintaining a healthy diet, but what’s the difference between the two? A kernel of wheat contains three parts – the bran, the germ and the endosperm. The outer layer is called the bran, which contains fiber, B vitamins and other minerals. The germ is the plant’s embryo. The endosperm is the germ’s source of nutrition and contains protein and carbohydrates. Whole grain wheat flour contains all three parts of the kernel, while enriched flour only contains the endosperm.

As enriched flour is milled, some nutrients lost in the milling process are added back to the flour, along with additional nutrients like iron and folic acid. This fortified flour is the top source of folic acid in women of child-bearing age and has contributed to reducing neural tube defect rates by 36 percent.

Benefits of regular whole grain consumption include reduced risks of stroke, type 2 diabetes and heart disease. Whole grains are simple to incorporate into your diet. Try swapping out spaghetti, tortillas or loaves of bread for their whole grain alternatives, or be adventurous and try cooking with whole wheat berries.

Both enriched flour and whole grains are important to a healthy diet. The USDA Dietary Guidelines recommend that at least half of the five to eight servings of grains consumed daily should come from whole grain sources. Even though half of Americans’ grains should be whole, many consume less than one serving per day.

If you’re feeling creative, why not develop a recipe during National Bread Month and turn that dough into cold, hard cash? Youth and adult entries are being accepted until January 16, 2017 for the National Festival of Breads. The adult grand champion can even take their delicious hobby to the next level with a trip to learn more at King Arthur Flour’s Baking Education Center in Vermont, in addition to a year’s supply of Red Star Yeast!

Or are your baking skills still on the rise? Be sure to visit the Home Baking Association (homebaking.org), Wheat Foods Council (wheatfoods.org) or Grain Foods Foundation (grainfoodsfoundation.org) for recipes and tips.