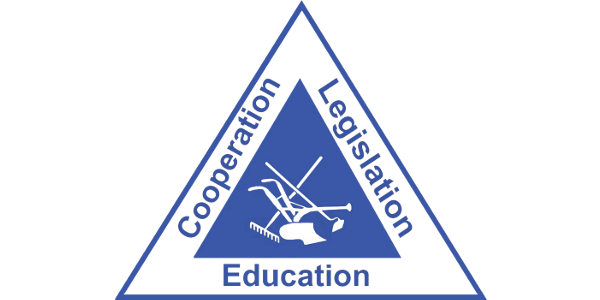 Nebraska Farmers Union (NeFU) held their 107th annual state convention in farm homes and offices across the state on December 4th using the ZOOM platform. The convention theme was: “107 Years of Service.” The attendance was good as NeFU members elected two NeFU Board of Directors and delegates and alternates to the 2021 National Farmers Union convention. The many services NeFU provides were highlighted during the annual meeting.

Three delegates from the membership were elected as delegates to the 119th National Farmers Union convention that will be held virtually February 28-March 2, 2021. Laura Priest of Omaha, Bill Armbrust of Elkhorn, and Mike Evnen of Lincoln were elected to represent NeFU as delegates. Tom Genung of Hastings, Shannon Graves of Bradshaw, and Don Schuller of Wymore were elected first, second and third alternates.

The President’s Award is NeFU’s highest award, and is presented to individuals who provide outstanding service and leadership to family farmers, ranchers, and rural communities at the state or national levels.

This year’s President’s Award winners were retiring State Senator Dan Quick of Grand Island and Ben Gotschall, retiring NeFU District 7 Director who has moved to Maine to work for a non-profit research farm. “Both of these award winners, in their own way, went above and beyond in their commitment to support and serve family farmers, ranchers, and the rural community,” said NeFU President John Hansen. “Rural Nebraska is a better place thanks to their efforts.”

NeFU delegates set policy. Vern Jantzen , NeFU Policy chair, moved that the NeFU delegates extend the adopted the 2019-2020 NeFU policy for one year, and that any timely issues not covered in state policy could be presented to the NeFU Board of Directors for their consideration. The motion carried without dissent. The NeFU State policy is posted on the NeFU website at: www.nebraskafarmersunion.org.