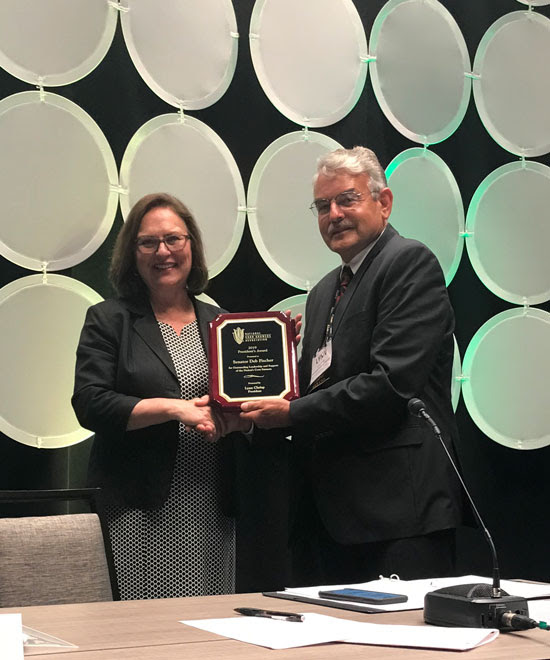 “It is my great pleasure to present the NCGA President’s Award to Senator Fischer,” Chrisp said. “Senator Fischer has been an outspoken advocate for corn farmers from our shared home state of Nebraska and across the country, supporting policies that will help create market opportunities for corn.”

In her remarks to corn farmers, Fischer voiced her support for the pending U.S.-Mexico-Canada Agreement (USMCA), the top legislative priority for corn growers this year. Fisher was a strong advocate for removing the barrier to year-round sales of E15 and continues to stand up for a strong Renewable Fuel Standard (RFS) and against the Environmental Protection Agency’s (EPA) practice of providing RFS waivers to big oil companies. Corn Congress delegates approved a “Sense of Corn Congress” Wednesday urging President Trump to uphold the RFS.

“It’s a real honor to receive this recognition from the National Corn Growers Association. From pushing to advance USMCA to securing year-round E-15 sales and working to address small refinery exemptions, I’m proud of the good work we’ve done together. I look forward to continuing to fight for our corn growers in Nebraska and across rural America,” Fischer said.

Fischer sits on the Senate’s Agriculture and Armed Services Committees. She is also a member of Senate Majority Leader Mitch McConnell’s leadership team, serving as counsel to the Majority Leader. A lifelong Nebraskan, Fischer was first elected to the U.S. Senate in November 2012, the first Nebraska woman elected to a full term. She is now the senior Senator from Nebraska.