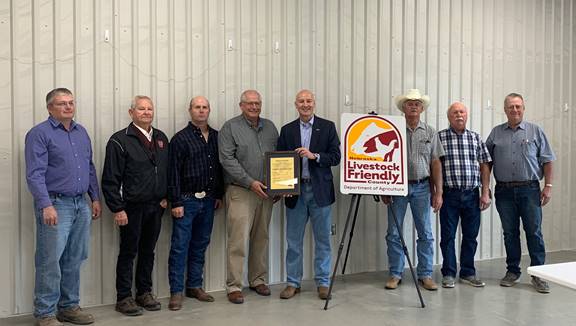 Nance County is the 50th county in Nebraska to be designated as a Livestock Friendly County (LFC), announced by Governor Pete Ricketts on Friday.

“Nance County is home to around 375 farms and many other businesses with direct ties to agriculture,” said NDA Director Steve Wellman. “With the LFC designation, the people of Nance County are showing everyone that they are open for agri-business.”