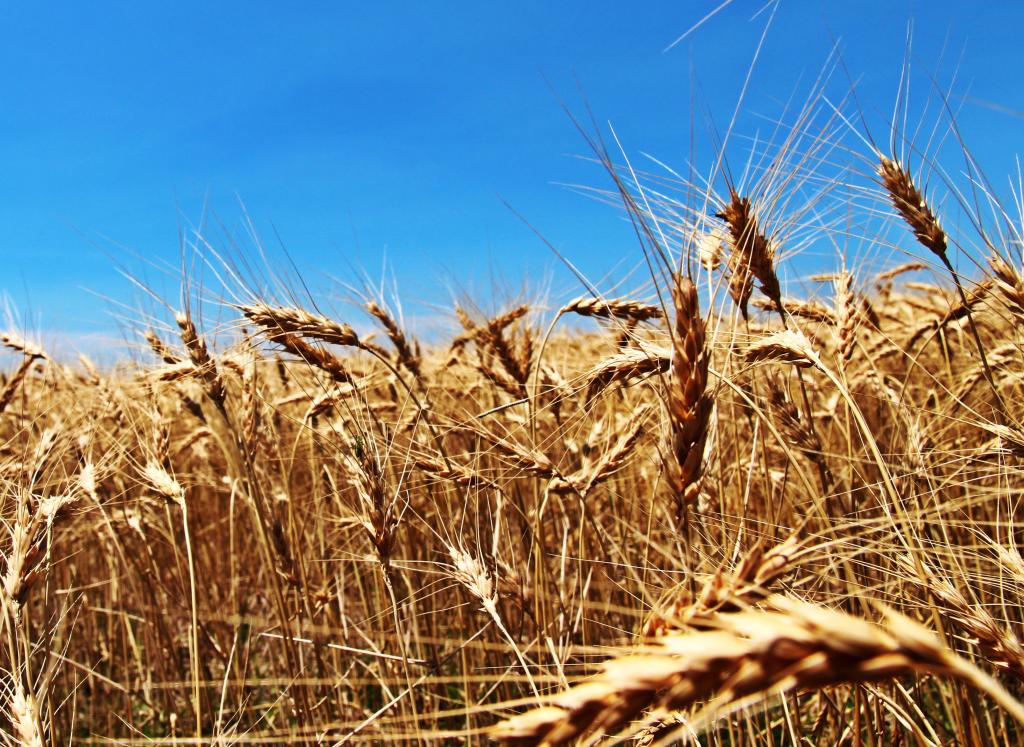 MANHATTAN, Kan. – The Kansas Wheat Commission has announced that it is putting its support behind a technology being advanced at Kansas State University and that one researcher says will bring “many new discoveries” in improving wheat.

The university has been working with wheat gene editing since 2014, and recently published findings of a study in which they successfully increased seed size in a cultivar of wheat. Their work was published Aug. 22 in the journal, Theoretical and Applied Genetics.

“This is our first product that shows that the system works and that we can effectively apply it and affect a trait in wheat in a positive way,” said Eduard Akhunov, K-State professor of wheat genetics and pathology.

Gene editing is a technology that gives scientists the ability to improve an organism’s DNA, essentially by repairing a gene that is producing an undesirable outcome in the organism.

K-State scientists have evaluated the entire wheat genome to identify individual genes that affect such traits as disease resistance, drought tolerance, seed size and more, then use a protein known as CRISPR/Cas9 to introduce changes into a DNA code. CRISPR/Cas9 acts as a sort of molecular ‘scissors’ to cut out the undesired part of a target gene or introduce new parts with improved properties, according to Akhunov.

“It’s hard to hide the optimism associated with the potential of gene editing for wheat,” said Aaron Harries, the vice president for research and operations for the Kansas Wheat Commission. “While bread wheat has existed on the planet for 10,000 years, science has only started to understand its complex genetic structure in the past few decades.”

Harries said the Kansas Wheat Commission has recently funded a gene editing project in Akhunov’s lab at K-State to identify wheat genes that can be edited to promote improvements in yield and quality traits.

“Most Kansas producers are supportive of gene editing,” Harries said. “The Kansas Wheat Commission strongly believes that it is a tool, in combination with the recently completed map of the wheat genome, that can significantly advance wheat research in the next decade.

He added: “The general consensus in the science industry is that gene editing is a safe, non-GMO technique. Importantly, U.S. government regulations also classify this as a non-GMO technology.”

Wei Wang, a postdoctoral research assistant in Akhunov’s lab, spent much of the last four years analyzing and editing genes that could be used to improve future wheat varieties. He said he has a set of 25 to 30 genes that are in the project’s pipeline, ready to be implemented in the breeding cycle in the next several years.

“We will be working on a larger set of genes that will affect not only yield component traits, but anything that will be relevant to Kansas wheat growers – drought tolerance, disease resistance, nutritional quality…,” Wei said. “There are a large number of genes that we will be considering in the future within the scope of the wheat gene editing platform.”

Gene editing has received much press coverage for its potential uses with the human genome. K-State is one of just a few places in the world where scientists are using it to improve wheat genes, said Akhunov, who also credited plant pathology professor Harold Trick for his contributions to the project.

Up to now, K-State’s gene editing work was funded by the U.S. Department of Agriculture’s National Institute for Food and Agriculture and the International Wheat Yield Partnership, a large international effort to improve wheat production.

“Wheat’s genome is five times larger than the human genome,” Harries said. “Having recently completed a map of the wheat genome — timed with the emergence of gene editing technology – means that we could be entering the golden age for wheat research.”