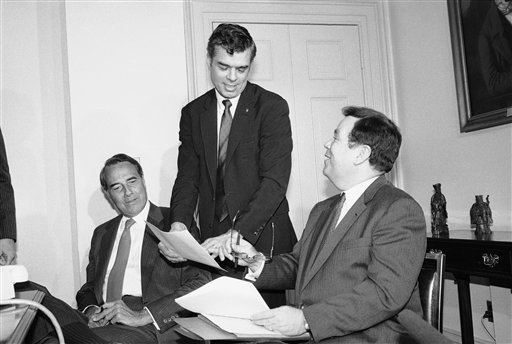 State officials on Monday unveiled a new plaque honoring John Block. It’s located inside the Agriculture Department building in Springfield, which has been designated the “John R. Block Building.”

Block grew up on a farm in Knox County, where he participated in 4-H and FFA and showed hogs at the Illinois State Fair.

He led the Illinois Department of Agriculture from 1977 to 1981, and was the only Illinois director to lead the federal department. He played a key role in the 1985 Farm Bill.

Block said he’s humbled by the recognition. He says his accomplishments have been a “labor of love for agriculture,” beginning with his Illinois roots.