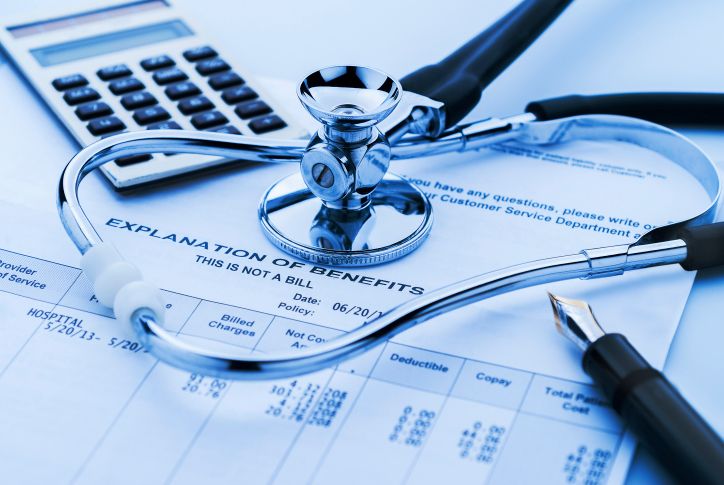 OMAHA (DTN) — The farm bill could be used next year to offer some relief for farmers from high healthcare insurance premiums they face.

Association Health Plans (AHPs) have become an avenue touted by the Trump administration to reduce health insurance costs for small employers. The U.S. Department of Labor has a proposal, which could become final any day, to expand the use of AHPs. The plans could provide a potentially cheaper insurance option for millions of people, including 6 million small-business employees and 3 million sole proprietors.

Under the proposed rule, AHPs would be allowed for businesses with a “commonality of interests,” such a farmers. The Labor Department is dropping requirements that businesses must have at least one employee, which would broaden AHPs to sole proprietors. And the association doesn’t have to exist solely to market health coverage, so farm groups and others can create plans.

Boosting the Department of Labor plan, the House version of the farm bill has language allowing USDA to provide up to $65 million in grants to farm trade associations for support and technical assistance to create agricultural association health plans. The bill also allows up to $15 million annually in loans to establish health plans. The Senate farm bill, however, does not have comparable language included in its version.

Karen Pollitz, a senior fellow and expert on health reform at the Kaiser Family Foundation, has been watching the Department of Labor proposal on AHPs and told DTN expectations are that a final rule will come out “any day now.” The labor secretary has also said the rule will come out sometime in June.

The AHPs basically allow small employers to pool together for health policies, though it’s likely the rules coming out under the Department of Labor will not have all of the requirements demanded of health insurance policies under the Affordable Care Act. The Labor Department calls AHPs “an innovate option for expanding access to employer-sponsored coverage (especially for small businesses).”

The plans have critics, though, because they might not provide the same kind of coverage as other insurance policies.

AHPs would largely look attractive to people who make too much income to qualify for subsidized insurance on the Affordable Care Act marketplace. About 40% of people buying insurance on the open market don’t qualify for those Obamacare subsidies, and that’s where a lot of farmers paying high premiums fall.

“There are certainly people who need relief, people who don’t qualify for a subsidy under the ACA,” Pollitz said. “The question is how to provide that.”

A USDA-funded study of farmers released last summer found nearly three-quarters of farmers consider health insurance an important or very important risk-management strategy on their operations. But just over half of all farmers and ranchers are not confident they could cover the costs of a major illness or injury. Farmers are vulnerable to high premiums, partially because of age, and nearly two-thirds of those surveyed reported a pre-existing condition. For more on the study’s findings, visit http://docs.wixstatic.com/…

Under the proposed rule, associations would not be required to provide the essential health benefits. There could be an option for self-employed people to buy a plan without prescription drug benefits, for instance. There also would be no restrictions on rating people based on age, gender or where they live. Still, the lower rates could entice younger people to buy a policy.

The federal plan also follows moves in different states. Tennessee, long before ACA, enacted a law allowing the Tennessee Farm Bureau to sell health coverage and it would not be treated as insurance under state law. Since the ACA took effect, the Farm Bureau plan continues to sell coverage that is medically underwritten.

Char Vrieze, executive director of 40 Square, said the group’s enrollment is aligned to when farmers start looking for new policies on the open market.

“I can’t tell how many times I heard as I went around the state last fall, ‘We’ll see if you’re around next year.’ I would akin it to people with a new car company coming out with its first car,” Vrieze said. “But the plan is going very well.”

In early April, Iowa Gov. Kim Reynolds signed similar legislation, championed by the Iowa Farm Bureau Federation. Iowa Farm Bureau said in a news release at the time that the group could begin offering policies as early as next January.

Under current law, states would regulate AHPs and apply their own insurance industry standards, including rules on insurance capital solvency and coverage requirements.

“There are a couple of strategies to pursue to provide an end result offering coverage that would not be required to meet all of the ACA standards,” Pollitz said.

States are going both directions for now. Some are seeking to allow AHPs that don’t require all of the insurance demands under the ACA, while others are taking action to ensure the ACA rules still apply and restrict the sale of products that do not meet all of the ACA policy requirements.

Leaders from the Nebraska Farm Bureau worked with Rep. Jeff Fortenberry, R-Neb., on the language promoting AHPs that made its way into the House farm bill.

“Even though farm bills aren’t places you normally deal with health-insurance policy, we’re looking at all kind of options because it’s a terrible situation out there right now for farmers and ranchers in the individual insurance market,” said Rob Robertson, chief administrator for the Nebraska Farm Bureau Federation.

Robertson said Nebraskans watched as Iowa adopted legislation and have been looking for similar ways to provide some relief to farmers dealing with out-of-pocket costs and high premiums. “It’s incredibly sad for some of these farm and ranch families right now,” Robertson said. “It’s a big hardship.”

Robertson added, “If you can pool individuals into a large group and get rated in price as a large group, why is that any different than a large hospital or a bank with 3,000 employees? It should be the same.”

Yet, before Obamacare standardized insurance policies, AHPs came and went due to fly-by-night operations that enrolled people then collapsed. The Pew Charitable Trust said AHPs “proved to be magnets for scam artists.” To read more by the Pew Trust on AHPs, visit http://www.pewtrusts.org/…

As Pollitz noted, it’s easier to offer lower insurance rates if an insurer doesn’t expect to collect enough money to cover the claims. A legitimate risk pool will charge what it costs to adequately cover the medical costs of the population. This is one of the concerns of skeptics of this model is whether they would eventually collapse by not being actuarially sound.

“A policy that will deliver a baby or cover cardiac surgery, you can’t get that for $50 a month. You just can’t unless it’s heavily subsidized,” Pollitz said.

It will remain to be seen whether the House provision to help farm groups create AHPs will make it into the final version of the farm bill.