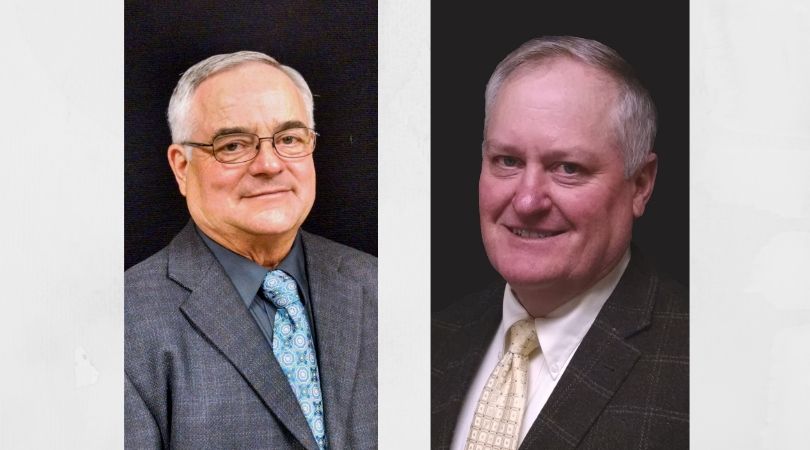 Governor Pete Ricketts reappointed Bob Delsing of Hemingford, Neb. and Mark Knobel of Fairbury, Neb. as directors for Districts 1 and 6 respectively on the Nebraska Wheat Board. This will be the second term for both Delsing and Knobel.

Delsing is a fourth generation farmer. He and his son Scott raise dry-land wheat, corn and cattle on their farm and ranch operation in Dawes and Box Butte counties. They still work the land originally homesteaded by their family in the 1890s. Bob is also a member of the Nebraska Wheat Growers Association, the United Methodist Church of Hemingford, the American Legion, the Nebraska Farm Bureau, the Nebraska Rural Radio Association and National Farmers Union. He is a past board member of the Hemingford Coop Telephone Company, Hemingford Rural Fire Protection and the Dawes County Rural School District #47.

Knobel is a fifth-generation farmer. He and his family currently operate Knobel Farms Inc., a diversified wheat, corn and soybean farm. They also operated Knobel Seeds, a certified seed business dealing in wheat and soybean seed. Knobel has hosted multiple trade teams for NWB at his seed operation. He’s also served on multiple other agriculture-related organizations and boards including the Nebraska Crop Improvement Association, Nebraska Farm Bureau and the Nebraska FFA Foundation.

Members of the Board of Directors are appointed by the governor to serve a five-year term.

The Nebraska Wheat Board administers the check-off of 0.4% of net value of wheat marketed in Nebraska at the point of first sale. The board invests the funds in programs of international and domestic market development and improvement, policy development, research, promotion, and education.