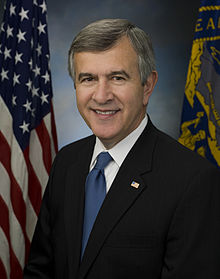 HOUSTON, TX (July 13, 2017) – alliantgroup, a leading tax consultancy in the area of government-sponsored credits and incentives, is proud to announce the addition of former U.S. Secretary of Agriculture Mike Johanns as the firm’s new Chairman of Agriculture. A former Governor and U.S. Senator representing the state of Nebraska, Johanns brings more than 30 years of experience at virtually every level of government and a strong background in both agriculture and economic development.

In his new position, Johanns will play a key role in guiding the firm’s outreach on the various tax credits and incentives available for the benefit of the agricultural industry. With his lifetime of public service and extensive network within the sector, Johanns will be alliantgroup’s main advisor for the industry and support the firm’s growing team of agricultural professionals. In addition to helping build alliantgroup’s agricultural practice, Johanns will be a vital resource to the firm’s clients, CPA partners and industry alliances by providing valuable insight on the inner workings of Washington and updates on potential policy changes and their anticipated impact on American businesses.

“My new role with alliantgroup has given me the chance to bring real economic opportunity back to rural America,” said Johanns. “During my years of public service, I was committed to supporting small and mid-sized businesses and alliantgroup’s mission falls perfectly in line with that commitment. Having grown up on a farm in Iowa, agriculture is a personal passion of mine, and I am eager to help this industry grow and stay competitive in the global market. I look forward to helping alliantgroup educate companies on the powerful business incentives available for their benefit.”

“Throughout his time in the executive branch and as the governor and senator of a largely rural state, Secretary Johanns has built lasting relationships within the agricultural community,” said Shane Frank, alliantgroup COO. “No one understands the changes and challenges facing this industry better than Secretary Johanns, and I am looking forward to his contributions in helping to expand our agricultural practice.”

As the U.S. Secretary of Agriculture from 2005-2007, Johanns managed 18 different agencies that comprised a staff of 90,000 employees worldwide and a budget of $93 billion. During his tenure, Johanns opened or expanded access to 40 international markets and was responsible for multiple agricultural breakthroughs as a negotiator for the Doha Development Round.

These export opportunities have been key to continued profitability for small and medium-sized businesses in the agriculture sector for everyone from farmers marketing their commodities to agriculture equipment manufacturers.

He also represented the President of the United States during 32 international trips to advance trade, international aid and food safety.

“I am so honored that Secretary Johanns has joined our firm,” said Dhaval Jadav, alliantgroup CEO. “Secretary Johanns is recognized as a premier leader in agriculture and economic development, having led both large and complex government agencies. This experience will be invaluable as we educate agricultural companies and co-ops on government-sponsored tax incentives and the immense value they can bring back to this sector of the economy. By joining our firm, Secretary Johanns has further elevated alliantgroup as a leader in tax expertise.”

In addition to his service for the executive branch, Johanns was the Governor of Nebraska from 1999-2005 and was one of the state’s United States Senators from 2009-2015. His bipartisan approach and willingness to reach across the aisle earned him the respect of his colleagues and constituents, producing numerous legislative achievements. As a U.S. Senator, Johanns contributed to the development and passage of a new farm bill, successfully persuaded regulatory agencies to refine rules affecting energy and agriculture, and championed trade agreements with Colombia, Panama and South Korea.

“From Nebraska to Washington D.C., no matter your politics, Senator Johanns has long been regarded as a respected public servant and champion for rural America,” said Dean Zerbe, alliantgroup National Managing Director and former Senior Counsel to the U.S. Senate Finance Committee.

In addition to his new role with alliantgroup, Johanns currently serves on the Board of Directors for Deere & Co. and on the Board of Managers for Burlington Capital and OSI Group. In 2016, he was appointed by the President and confirmed by the Senate to serve a term on the Millennium Challenge Corporation (MCC) Board.

“With his extensive background in government and agriculture, Secretary Johanns adds a unique perspective to our firm that will only enhance our understanding of the concerns of those within the agricultural sector,” said Jadav. “His insight will be vital in enhancing our outreach to the industry.”

alliantgroup is a premier specialty tax services consultancy that assists U.S. businesses and their CPA firms in identifying and properly claiming all available federal and state tax incentives. Headquartered in Houston, Texas, and with offices in New York, Chicago, Boston, Sacramento, Orange County, Indianapolis, Orlando and Washington, D.C., alliantgroup has helped agricultural-based businesses claim over $500 million in tax incentives. In total, the firm has helped over 20,000 American companies claim over $5 billion in government-sponsored credits, incentives and deductions.