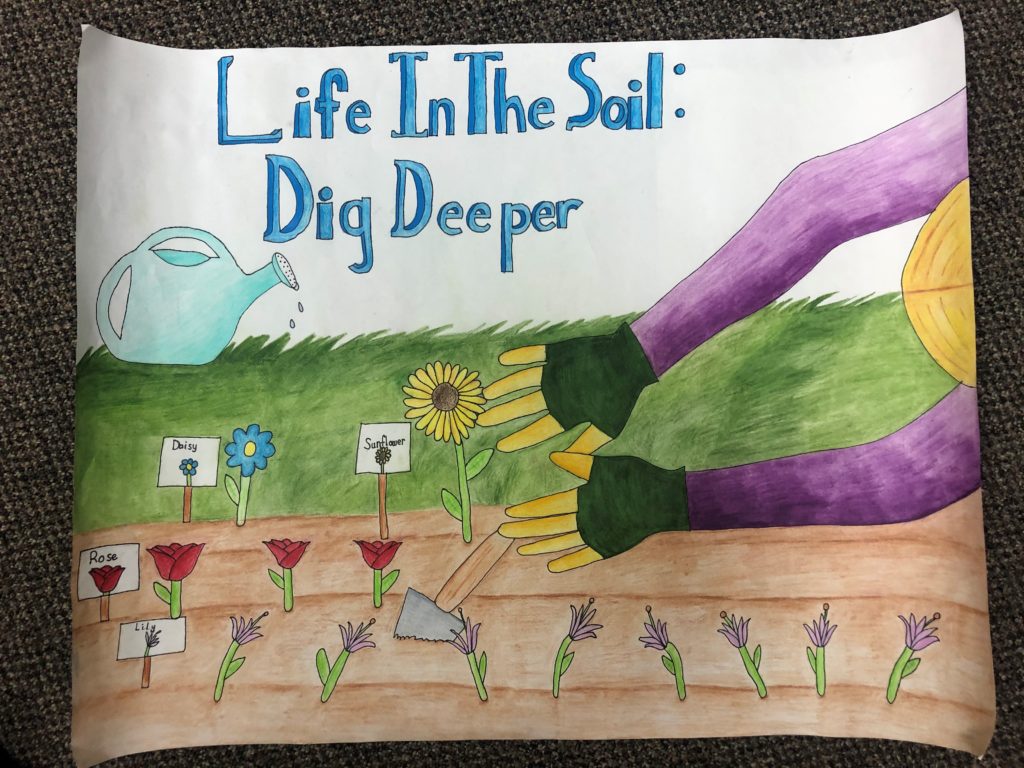 Nebraska’s Natural Resources Districts recognize students from Kindergarten to 12th grade, who competed in the annual “Life in the Soil: Dig Deeper” Conservation Poster Contest. Students winning in the state competition include:

Each Natural Resources District (NRD) selects a winner from their district contest to compete in the state competition. The state winners will go on to compete in the National Association of Conservation Districts (NACD) poster contest.

“The contest is a great way to get students thinking about their surroundings in nature including what’s under their feet in the soil,” said Megan Grimes, Nebraska Association of Resources Districts public relations director. “Using their imaginations, students can recreate on paper what sparked their interest outdoors.”

Typically, an NRD representative notifies area teachers about the contest and allows them to introduce it in the classroom. Individual students can participate outside of the classroom by submitting their artwork to their local Natural Resources District. The 2020 poster theme is “Where would be BEE without pollinators?” For more information on the poster contest, visit the NARD website or contact Megan Grimes at mgrimes@nrdnet.org or 402.471.7672.