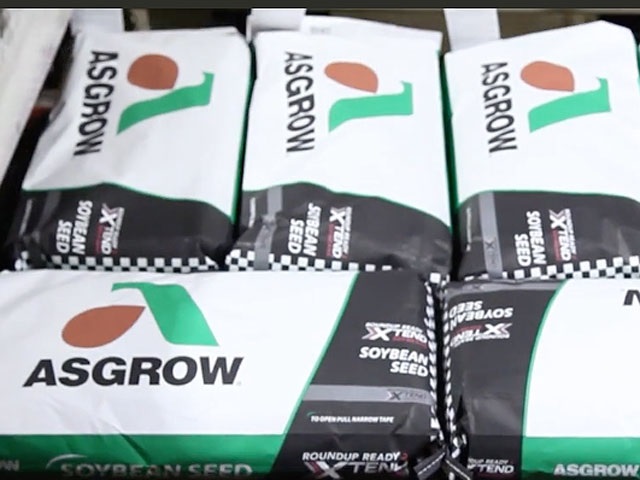 Dicamba tolerant soybeans have hit another snag along their long road to commercialization. DTN has learned some elevators have begun alerting growers that they will not accept grain produced from the Roundup Ready 2 Xtend trait without European Union (EU) approval.

Monsanto spokesman John Combest told DTN the company expects EU approvals on the stacked trait “in the immediate future.” The single events in Roundup Ready 2 Xtend soybeans have been approved for import in the EU, but not the stacked product.

Growers must also factor into their planting decisions that the Environmental Protection Agency (EPA) has yet to sanction an approved dicamba herbicide to use with the new trait.

Jeff Kaeb, a merchandiser at Grainland Cooperative in Minier, Illinois, said a farmer call put the company on the alert to the lack of EU approval. The company in turn posted signs and notification on its website that it would not be able to accept Roundup Ready 2 Xtend soybeans until it has EU approval. “If our end users won’t take them, we don’t have anywhere to go with them,” Kaeb said. Grainland Cooperative has six facilities in central Illinois. Kaeb added that he’s hopeful the issue will be resolved before planting starts.

A spokesperson for Alliance Grain at Gibson City, Illinois, also confirmed that its company had taken similar measures to alert growers that EU acceptance was mandatory before acceptance.

Jackie Anderson, a media spokesperson for Archer Daniels Midland told DTN via email that ADM did not have comments specifically on the Xtend trait, but “the company has a general policy not to accept grain or oilseeds that contain GE traits that do not have approval from our major export markets.”

Monsanto, DuPont Pioneer and other licensees took preorders for the soybeans containing the Xtend trait last fall as they anticipated import approvals being granted. Most of the focus was on the long-awaited nod from China. China import approvals for Xtend soybeans were granted in early February 2016.

Commercializing genetically engineered (GE) traits that have U.S. clearances, but do not yet have all import approvals, has been an industry issue — sparked initially by China’s rejection of corn shipments testing positive for traces of Syngenta’s GE trait called Viptera. Syngenta maintains China was not a major export player when the trait was first launched. Syngenta has since launched another GE insect trait called Duracade. That trait has yet to receive China import approvals and the company has used stewardship programs to funnel corn produced with the trait to feedlots.

However, soybeans are heavily export dependent and harder to keep in the domestic usage stream, said DTN Market Analyst Todd Hultman. “It is important to growers that U.S. soybeans keep flowing unimpeded to Europe,” he noted.

Susan Mantey, media relations manager for DuPont Pioneer, said the company anticipates EU approval in the near future and is already shipping seed — including those containing the Xtend trait — to ensure it’s in the field prior to planting. However, she said growers concerned about the issue could contact their Pioneer sales representative to understand their options.

The question of access to a dicamba herbicide to use on the trait also looms. University of Illinois weed scientist Aaron Hager said growers have anticipated the Xtend technology as an aid in weed management, but need to understand that at this point in time, there are no federal or state labels for any dicamba-containing product that allow applications at soybean planting (pre-emergence) or after the crop has emerged (post-emergence).

“Without access to dicamba in this trait system, you have the equivalent of a Roundup Ready soybean,” Hager said. Waterhemp with multiple resistance to glyphosate and PPO inhibitors is becoming increasingly common in his state and growers struggling with that problem need to consider alternative strategies, Hager added.

Farmers can use current formulations of dicamba as a burndown treatment prior to planting on dicamba-tolerant soybean varieties. However, Hager cautioned that the herbicide use is governed by the herbicide label, not the soybean variety planted and is therefore subject to plant-back restrictions. For example, following the pre-plant application of Clarity and one inch of accumulated precipitation, a waiting interval of 14 days is required for up to 8 ounces of Clarity and 28 days for up to 16 ounces.

Monsanto’s Combest said the company remains hopeful that EPA will grant the necessary approvals so growers have herbicides in time for 2016 post-emergence applications. BASF also awaits EPA approval of a low volatility formulation of dicamba to use in the Xtend crop system.

Growers are encouraged to check with their local grain buyer to determine acceptance and can check online at http://www.biotradestatus.com/… for updates on import country approvals.