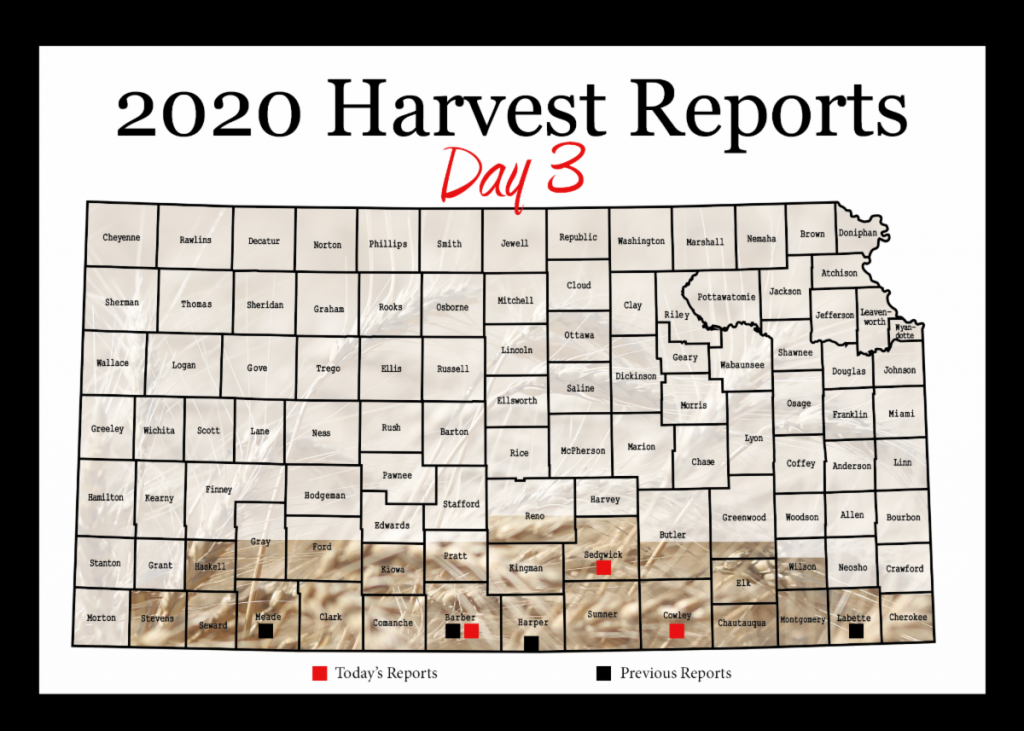 Reports from the southern counties of Kansas indicate that harvest is continuing to progress with above average yields; however, areas slightly to the north are still a little too wet and green for harvest to get rolling, but are drying out quickly.

Mark Lubber with WestBred reports that harvest started on Wednesday, June 10, in Kiowa in Barber County. He said they are seeing better than expected yields, mostly in the mid-40s in Barber County, but higher in the south central part of the state. Protein levels are slightly lower than average, ranging from 9-10%. He speculates that this is mainly because farmers shorted inputs because of pessimism on the yields and in the market. He said that the hot and dry weather conditions and lack of nightly dew is allowing combines to run easily.

Troy Presley from CoMark Equity Alliance LLC in Cheney in Sedgwick County reports that harvest in their area began on June 12. He said that harvest started quickly, but has slowed down a little bit because there is still some green in the fields. He expects harvest in the area to be 75% complete by the end of the week. Yields are averaging about 15-20% better than expected, due to good fill and big heads. The area is averaging about 50-55 bushels per acre. He said while protein is a little lower this year, there is a lot of variability. Test weights are great, averaging 63.5 pounds. The area didn’t have much disease and they did see some fungicide application. He estimates that they will be finished in 12 days, assuming they don’t receive rains.

Martin Kerschen, who farms in Sedgwick and Reno Counties, reports that his harvest began on Saturday, June 13. He says they are pretty happy with harvest and their yields, which have been near 70 bushels per acre. The fields that were sprayed with fungicide are a few days behind the ones that weren’t sprayed, so they haven’t started cutting their best fields yet. The weather has been good for harvest, with dry and windy conditions, but they would like a rain soon to help their fall crops. While many people have cut back their wheat acres to switch to other crops, he hasn’t. “We’ve made as much money on wheat as we have on corn and soybeans over the past few years,” he said.

Kevin Kelly from Two Rivers Coop in Arkansas City in Cowley County reports that harvest began on June 5 and will be complete by the coming weekend. This is much earlier than last year, when they weren’t finished until the last week of July. He said test weights have been high, averaging 63 pounds. Yields are higher than expected as they had good grain fill.

Jill Zimmerman who farms in Cowley County reports that harvest is going really well. Their wheat is yielding 45-80 bushels per acre, with some even higher than that. She said protein is ranging from 9-12%, and test weight is averaging 64-66 pounds. She says it has been a really good year. 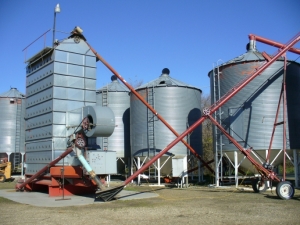 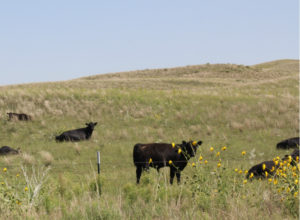 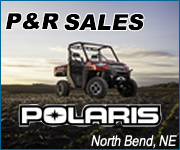