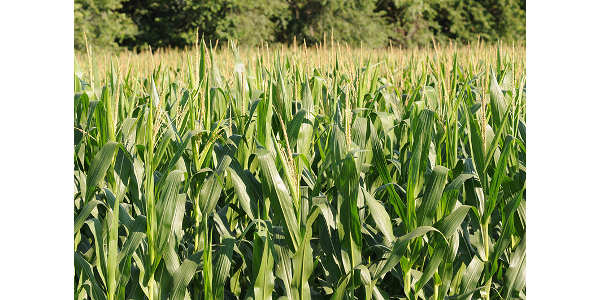 COLBY, Kan. — The trade conflict between the United States and China, which began brewing early last year pulled U.S. corn prices down an average $0.20 per bushel per month in the first six months of 2019, according to a Kansas State University agricultural economist.

“Since December 2018, U.S. corn prices had been moving in a pattern contrary to a normal seasonal price pattern found in Kansas, with essentially no seasonal price increases,” said Dan O’Brien, K-State Research and Extension agricultural economist in a report released May 17.

Seasonally, corn prices tend to move higher during the spring and summer when the crop is planted and growing and often come down during the fall harvest when the new crop is available to the market.

Much of the focus in recent months has been on how the trade tensions have cut soybean exports to China, pushing soy prices lower, O’Brien said, but the potential spillover effect is that U.S. farmers will plant fewer acres to soybeans this year and instead plant more corn.

“And that sentiment has held sway among the corn trade until recently in mid-May 2019 when 2019 U.S. corn planting problems became serious enough to cause corn futures prices to begin trending higher,” he said, referring to unusually wet spring weather which delayed planting in some areas.

After analyzing data, O’Brien said that from January to May this year, U.S. corn prices were $0.07 to $0.34 per bushel under levels they would have been if normal, seasonal average price patterns – those that are typically seen in Kansas – had prevailed.

Market perceptions about the trade negotiations seem to have had a negative effect on U.S. corn markets, said O’Brien, citing trader data from the Commodity Futures Trading Commission that confirmed a bearish “short” sale aggregate position of speculative traders that started in January 2019 and trended to record bearish levels in April. Someone with a “short” position in the futures market makes money as the price of a commodity declines.

The U.S. Department of Agriculture also increased its projected U.S. corn ending stocks-to-use to 14.45% in May 2019 from 11.85% in January for the corn crop harvested last year. During that time, the only changes affecting supply and demand were on the usage side, with market expectations for U.S. corn use declining, he said. USDA also projected this year’s average corn price in May at $3.50 per bushel, down $0.10 from its projection in February.

Further, China may be eyeing Brazil’s crop as it moves away from buying U.S. corn.

“The success of the 2019 Brazilian second corn crop also contributed, likely in a sort of ‘piling on’ negative, confirming manner,” O’Brien said.

With the trade dispute ongoing even as farmers are planting this year’s crop, he said, CFTC data indicate traders are beginning to focus more on planting concerns linked to weather-related delays, with some speculators moving away from short positions and toward the long side, indicating they think prices may go up. It remains to be determined, however, if the trade conflict will continue to weigh on the market to the same degree that it did through mid-May.