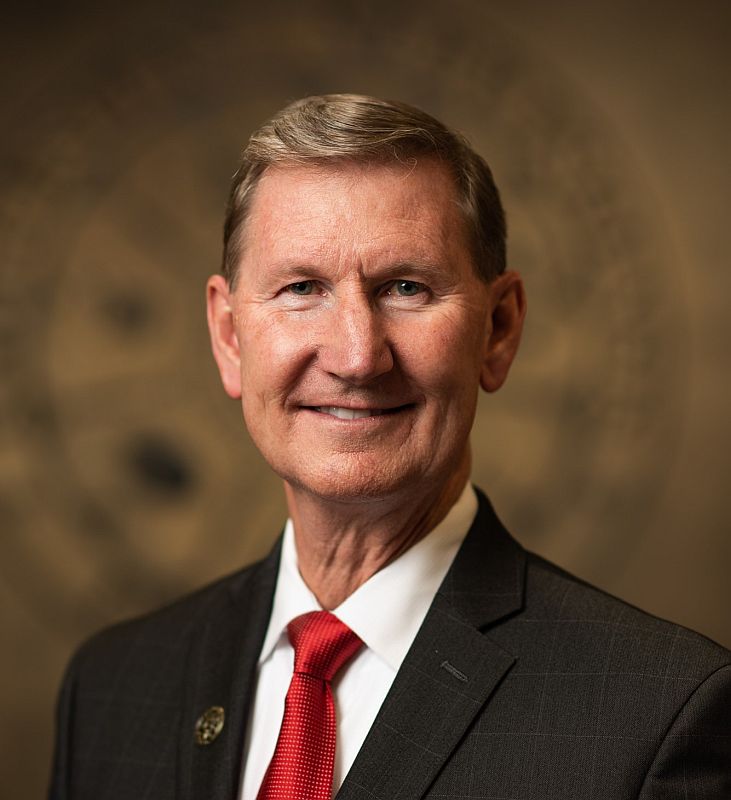 CURTIS, Neb. — Two-year degree programs such as those offered by the University of Nebraska’s campus in Curtis, at the Nebraska College of Technical Agriculture, have strong appeal for students seeking academics in smaller class sizes and learning environments.

That was one of several messages shared Sunday at a public forum in Curtis by University of Nebraska priority presidential candidate Walter “Ted” Carter.

“Our focus is on the future of Nebraska colleges, coupled with the importance of agriculture,” the retired Navy vice admiral said before an audience of about 50 attendees.

“This is one of the primary campuses that is part of the makeup of the University of Nebraska,” Carter added. “I am excited to see it. To see where the roughly 300 students that are here, almost all get jobs after they learn their skill sets. I think that this is an incredibly relevant place.”

The national pool of students “ready” to enter a four-year university experience is shrinking, Carter said.

“A community college or two-year degree program is viable route for many students,” Carter said in answering questions about student preparedness.

If selected to lead the University system of campuses in Curtis, Kearney, Lincoln and two in Omaha, Carter said properly equipping campuses with resources and technology is one of his priorities.

The current generation values education and technology, financial aid and the ease of entering college, he said.

Carter was a unanimous choice in paper balloting submitted by the 23-member search committee, and also by the University Board of Regents. Now, he is in a 30-day public vetting period.

“He is very impressive and I am glad I could attend this opportunity to learn more about our potential university president,” said Stephen Herman, Curtis resident and local attorney.

Ann Rasmussen, who moved to Curtis in August, applauded University leaders for holding a public forum at the NCTA campus. She represented her employer, BSB Construction, Inc., where she is office administrator.

Carter says the University is “One Nebraska- stitching together all five campuses, a benefit of being a part of this college system, all are different (skillset, mission, personality) but work well together as the larger mission is to develop young people to go onto other, higher levels of education, and to encourage them to stay in the state of Nebraska. College campuses can be “bigger and better as a sum of their parts.”

A retired vice admiral in the U.S. Navy, Carter is immediate past superintendent of his alma mater, the U.S. Naval Academy; a former president of the U.S. Naval War College; and a Distinguished Flying Cross and Bronze Star recipient.

The Rhode Island native and resident of Suffolk, Virginia, was joined by his wife, Lynda, for the NCTA visit, which first included a brief tour of the NCTA Veterinary Technology complex and Walter Long Teaching Clinic.

“The people that I have met, so genuine, so real. That was a big part of what attracted Lynda and I to be here in your home state,” he told attendees.

“I just want everybody to know how excited I am to potentially be the next president. It’s an honor to be here. I’ve been thrilled and so warmly welcome by Nebraskans everywhere I’ve gone.”

Following the 30-day comment period, if deemed appropriate, Carter’s appointment will be considered by a vote of the Board of Regents.

Stakeholders may provide input at https://nebraska.edu/president-search/finalist-info.