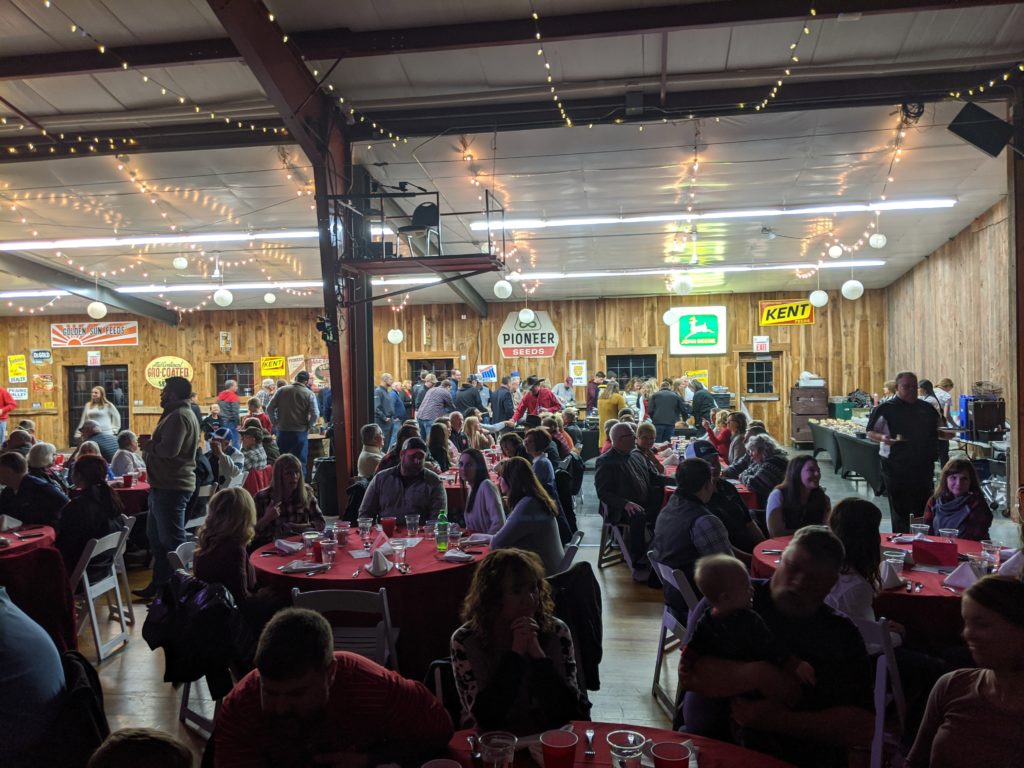 It was a near capacity crowd at the Babel Barn near Wood River for the 2020 Buffalo-Hall County Corn Growers annual banquet.

It was a near capacity crowd inside the Babel Barn at Wood River during the 2020 Buffalo-Hall County Corn Growers banquet. The crowd was not only excited for the corn fed Nebraska beef meal, but for the special keynote speaker. John Cook, UNL head volleyball coach, kept the crowd entranced for nearly an hour as he talked about building leaders and learning life lessons through volleyball. Cook at one point discussed commitment using a breakfast analogy, “If you had bacon and eggs this morning know that the chicken was only partially committed to that breakfast, but the pig was fully committed.”  Cook said that he loves coming to small town Nebraska and talking with farmers and ranchers. Cook grew up on a lemon farm in Southern California and knows the hard work and ethics farm life can instill in a youth.

The night wasn’t finished at Cook’s moving speech. The night also recognized long time Buffalo-Hall County Corn Growers President John Willoughby. Willoughby helped start the chapter nearly 19 years ago when KAPPA Ethanol was trying to build support for ethanol plants in the state. He commented that there were times when it seemed like he would never see the end, but looking back on 19 years it went extremely fast. Incoming President Michael Dibbern knows he has big shoes to fill, but is excited for the possibilities that lie ahead for him and the young leadership team. Dibbern just finished the international portion of the Nebraska LEAD Program and realizes that South America will continue to have large production, but is confident in the ability of the American producer to have higher quality commodities.

Listen here for more about the leadership transition within the Buffalo-Hall County Corn Growers and UNL volleyball coach John Cook.