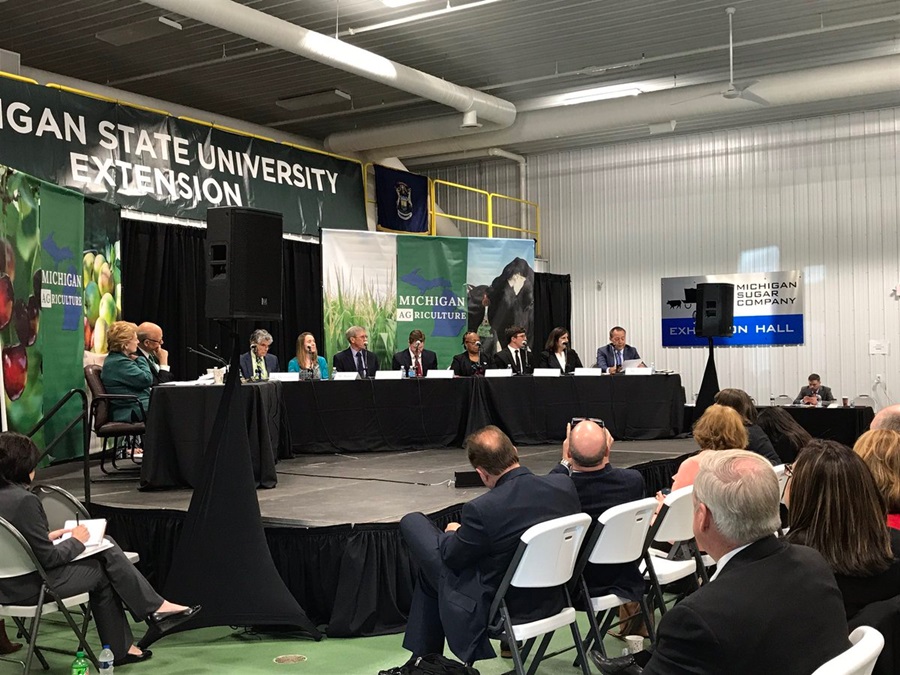 David Williams, a fifth-generation soybean farmer from Elsie, Mich., told Senate Agriculture Committee Chairman Pat Roberts, Ranking Member Debbie Stabenow and fellow committee members Saturday that conservation and biobased programs are essential to advancing farmer sustainability goals and establishing new markets and should be reauthorized and funded as the committee moves ahead in its work on the coming farm bill.

“I signed my first CSP contract, and adopted a new practice of seeding cover crops using a combination of oilseed radishes, oats, and peas. Recently I seeded cereal rye, and I have seen first-hand that cover crops prevent soil erosion and improve water quality by reducing drainage rates,” Williams said. “… The cost-sharing provided under EQIP helped us build a chemical and fertilizer containment facility which assisted in our compliance with Michigan state water quality regulations. This is a good example of how leveraging private investment with farm bill dollars leads to improved water quality for everyone.”

Williams also testified to the importance of the biobased programs authorized by the farm bill’s energy title—including the Biobased Market Program, the Bioenergy Program for Advanced Biofuels, and the Biodiesel Education Program—making special note of the 4.2 billion jobs supported by the biobased economy in 2016.

“Michigan is a leader in the world bioeconomy thanks to a long history of innovation by companies like Ford and Lear and their collaboration with U.S. soybean growers. Every Ford car made in North America now contains soy in its seat cushions,” said Williams. “… (W)e believe that (these programs’) relatively low cost and the benefits they provide warrant their continuation with an increased level of mandatory funding.”